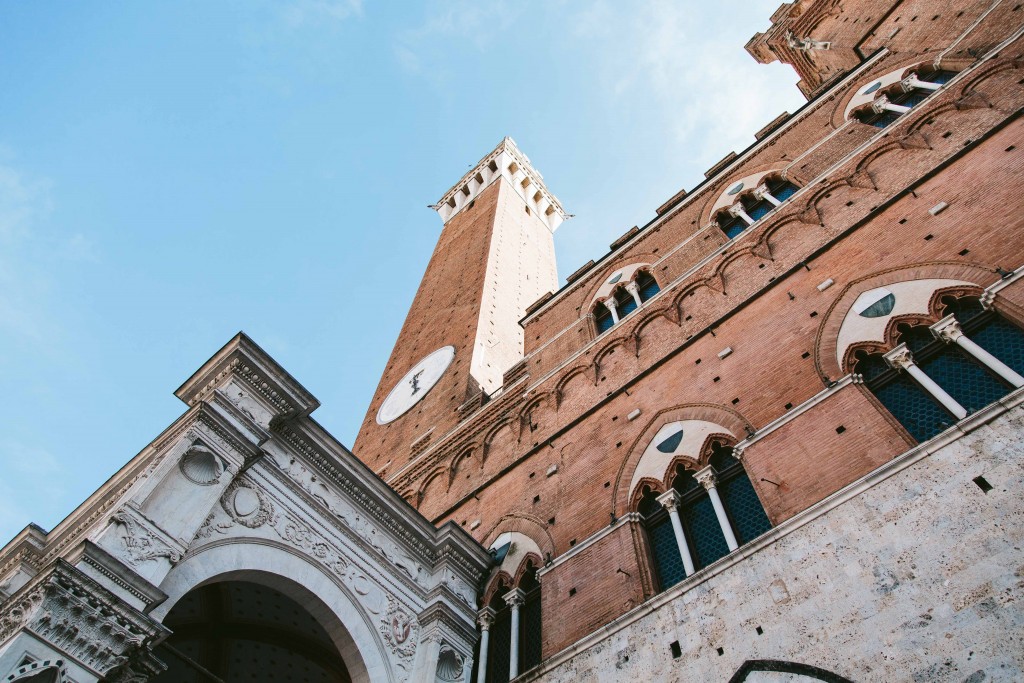 I feel obliged to preface this post with a few words. As some of you may know, we had originally planned a trip to Paris on November 13th, but were unable to proceed with our plans because of the unfortunate events that transpired that night in Paris. We were in the terminal at the airport here in Dallas, waiting to board the plane when it all happened. Within the hour they announced the borders were closed. We had to make a quick decision about where to travel instead, or risk losing our tickets, and we decided to travel to Italy. My boyfriend’s parents would be in Rome the day after, and it just made sense to be with family. We were both extremely shocked and saddened by the entire situation, and didn’t do much our first two days in Rome, where we landed. However, we also felt extremely lucky and grateful to be in such a beautiful place and we knew that we had to make the most out of the trip.

The subsequent week was a whirlwind adventure full of learning moments. I’ve decided to start the Italy posts with Siena, because Siena truly, magically, captured our hearts. I hope you enjoy! 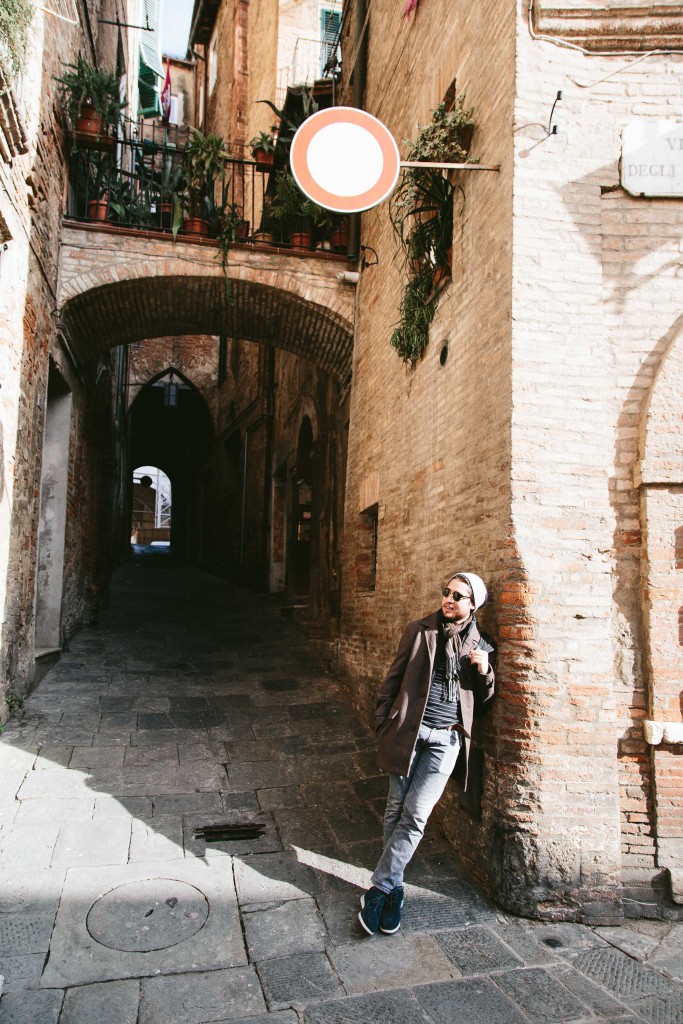 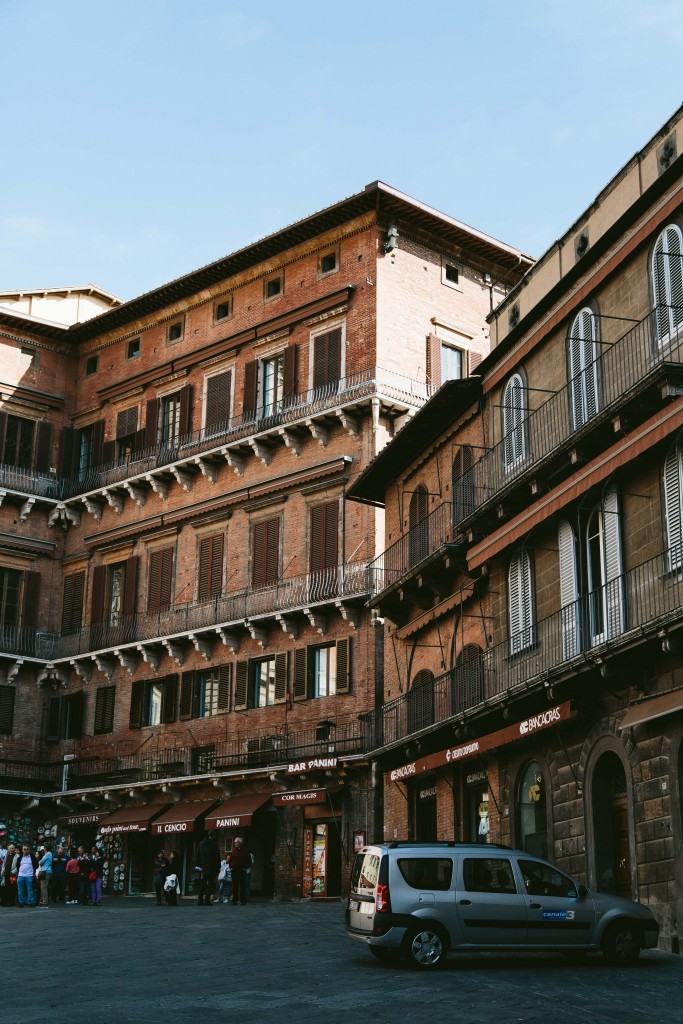 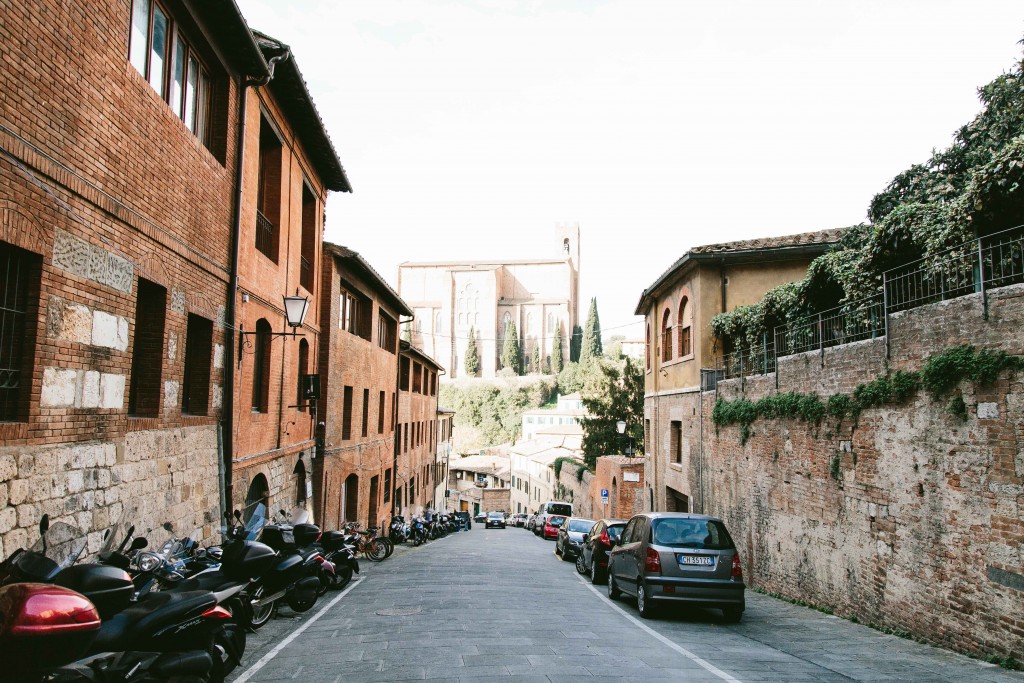 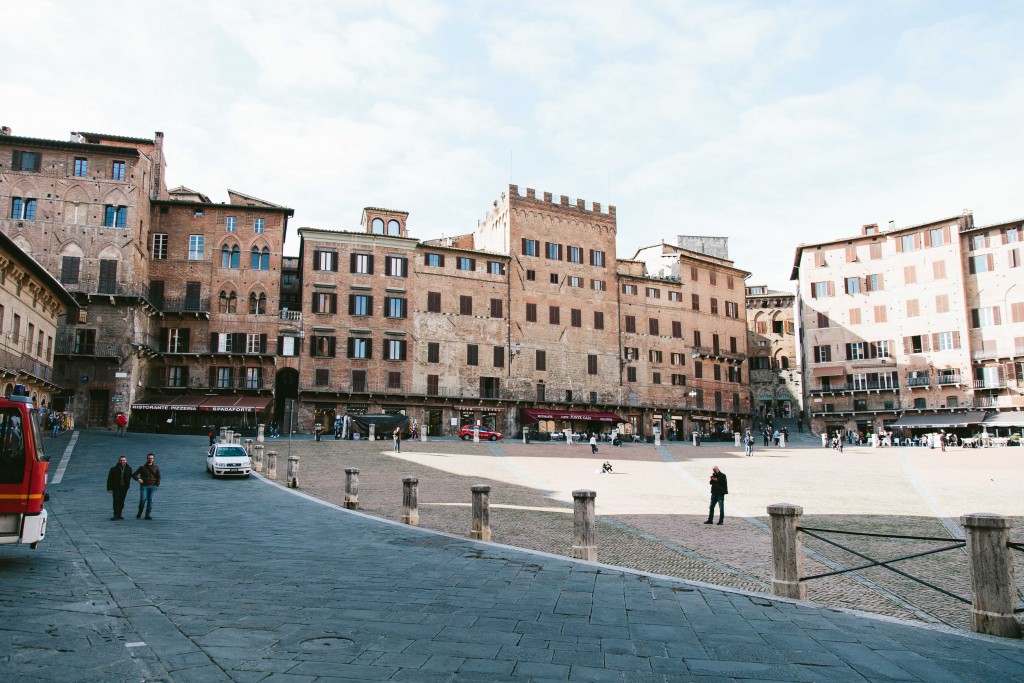 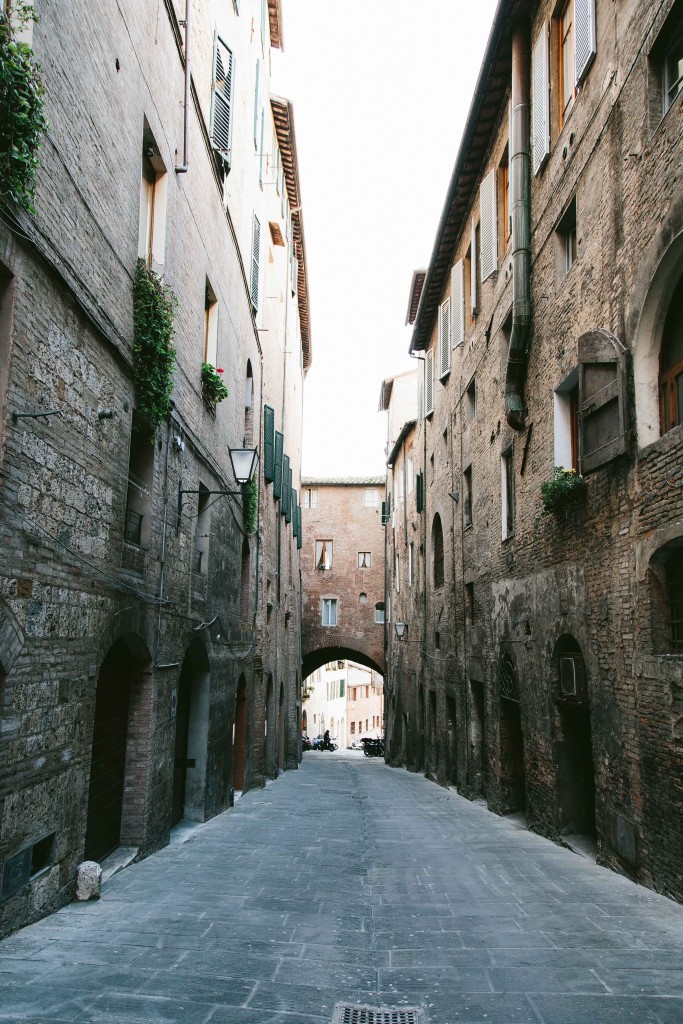 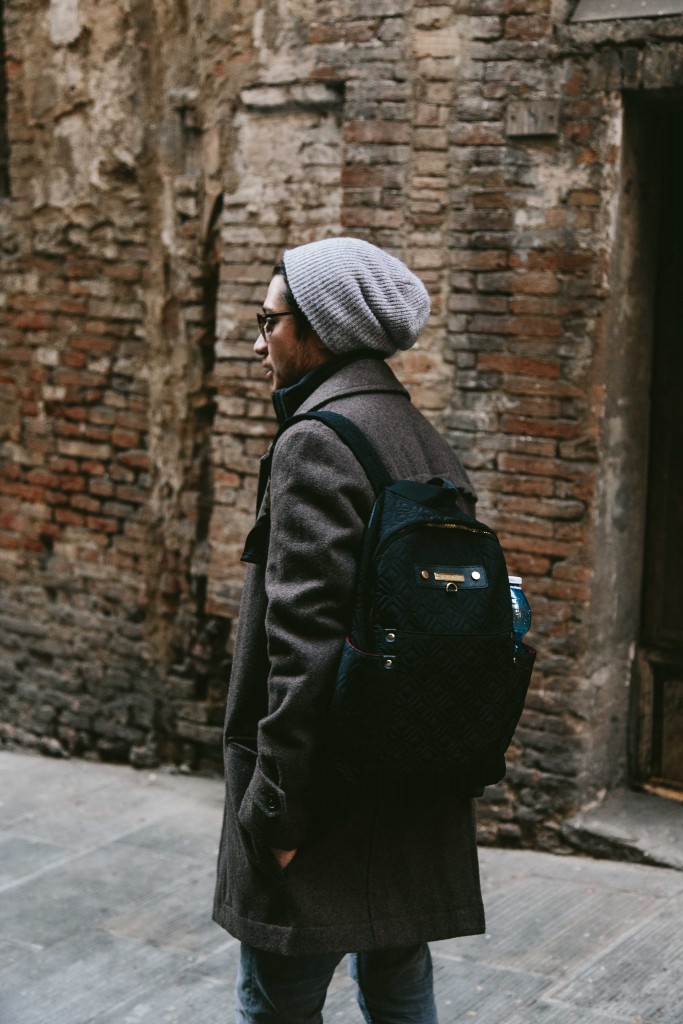 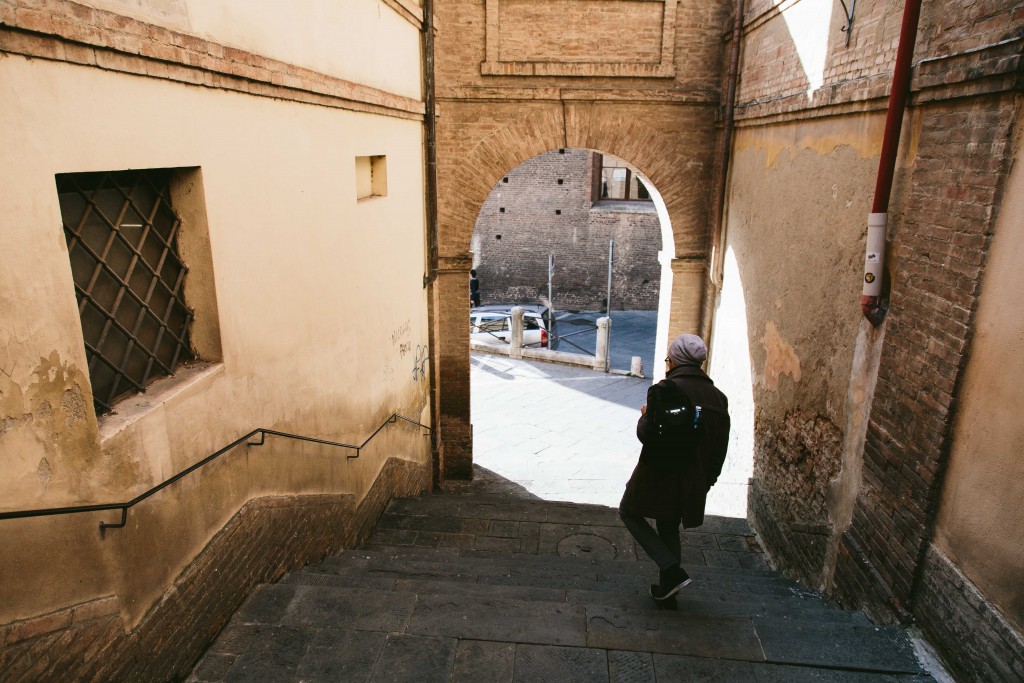 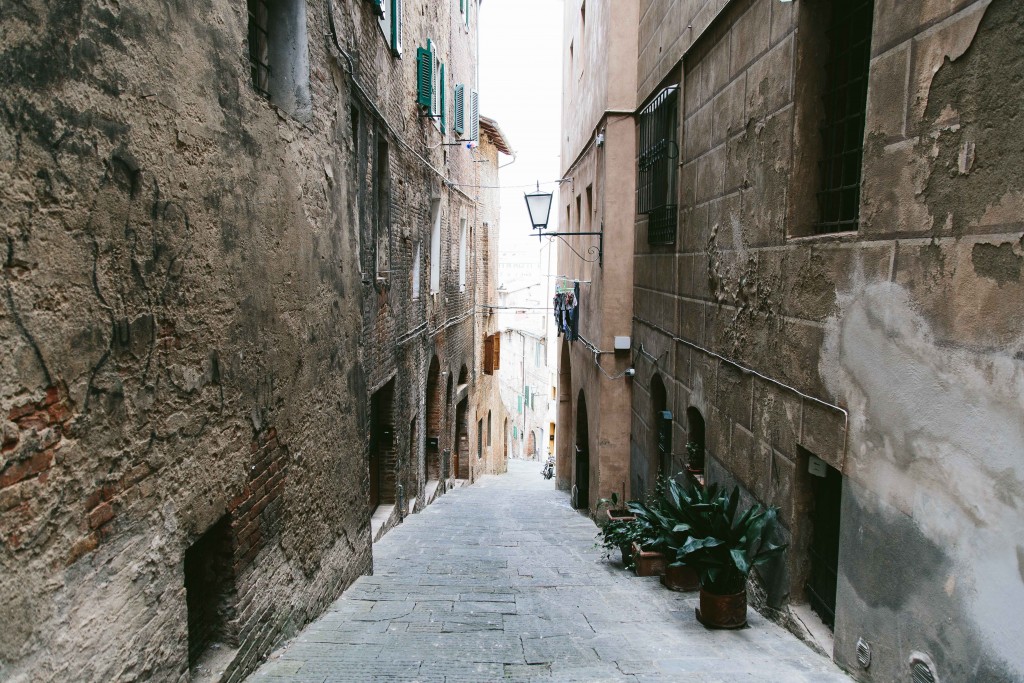 Getting to Siena was, for lack of a better word, brutal. It was our first time utilizing the train in Italy, and we had only the slightest idea of how it functioned. On top of that, everything we did was literally planned only a few hours in advance and we didn’t know the language.

When we arrived at Roma Termini station, we didn’t know where to go and missed our train. We waited two hours for another train. We almost missed that train because there are two platforms called 1. Then, Mr.Train Inspector informed us that our tickets were for the following day, and we were charged a $130 fine for riding “illegally.” Our initial tickets went to waste (no refund!), and we had to purchase another set of tickets for the second leg of the trip to Siena. That’s right, the $130 fine was only for the FIRST leg of the trip.

On the second leg of the trip we didn’t realize the tickets had to be stamped, and Mr. Train Inspector wanted to charge us $60 for failing to stamp the tickets. We pleaded with him. I started crying. It was 7pm and we had done nothing that day except see the inside of trains and train stations. The man left, frustrated with us. When we finally reached our stop, we saw him coming towards us, but we quickly got off the train and decided not to look back.

We arrived in Siena feeling quite exhausted, physically and mentally. We were so ready to call it a night, but before we knew it our taxi was driving through one of the portals in the walls surrounding Siena, and we couldn’t believe our eyes. It was BEAUTIFUL.

I can’t begin to describe how charming Siena is. The medieval architecture, the cobble stone streets, and the rich history and culture all combine to make Siena incredible. It’s my favorite kind of place; it’s the kind that transports you. It’s impossible to walk through the narrow, winding streets of this Tuscan town and not feel the history seeping through the walls.

And the best part? You can enjoy all this awesome history and culture while stuffing your face with the most delicious pizza and wine you’ve ever had the pleasure of getting your hands on. I could write, easily, 10 posts about the food and the wine alone. Everything was delicious! This is true for basically all of Italy, but it tasted especially fantastic in Siena 😉 (Maybe we’re biased a little?) We dined at Alla Speranza, because we were celebrating my birthday and you just can’t beat their view!

In the end, Siena was nothing short of magical. We had an amazing 24 hours there (desperately wish it had been longer), and we left reinvigorated for the rest of our trip. If you’re ever in Italy and you want to get away from the big cities, I highly recommend you visit Siena; or any other Tuscan town for that matter. Your stomach will thank you 🙂

Lastly, I have to thank my incredible travel partner for putting up with the constant camera in front of his face. If it weren’t for him, I probably would have lost my sanity 2 days into this trip. Thank you for being a travel agent, a model, and a marathon runner inside every train station. And thank you for the best Siena birthday celebration anybody could ask for. Here’s to many more Siena nights! Happy Travels!