My first time in Paris

Mention Paris among any group of people and you’re bound to get a variety of reactions: Paris is overhyped and it’s too expensive! Paris is the capital of romance and it’s incredible! Paris? Not interested.

It’s a city that many people feel strongly about, and for good reason. Paris consistently ranks as the third most visited city in the world. And the Louvre alone saw 7.4 million visitors in 2016 – making it the number 1 most visited art museum in the world. It’s a popular place – one that’s even cliché, some might say. It also incites pretty strong opinions – good and bad. Nevertheless, I wanted to go. I had heard varying things from varying people, but decided I had to see it for myself, one way or another, for better or for worse.

And you know what? It was pretty fucking magical.

It was about 1am here in Dallas when I got a message from Brighton (a fashion and lifestyle blogger I work with). I was already in bed, but I hadn’t been able to actually fall asleep. All it read was, “Can you go to Paris next week?”

I had to read it about five times to make sure I had read it correctly. It didn’t make sense. I had been desperately trying to make a trip to Paris a reality for the last few years and they had all been futile attempts. Yet here it was laid out in front of me, laid out so simply that I couldn’t comprehend. I waited until the morning to respond, just to make sure. I told my boyfriend about the proposition and he said, “You know there’s only one answer, right?”

We were in Paris a week later.

We arrived around 7am on a Wednesday to Charles de Gaulle. It was raining. I called us an Uber and struggled for about 30 minutes on the phone trying to figure out how to say “arrivals.” Our driver didn’t speak any English and we barely spoke French. Nevertheless, he found us and we were on our way.

Because of our early arrival time and the rain, we had to hole up in a coffee shop for most of the day. We didn’t get our rental apartment until much later, and it was definitely a struggle staying awake those first six hours. But still, it was beautiful.

Once we were in our apartment and settled, everything started to sink in. I mean, we were in Paris! We popped open some champagne to celebrate and also tried to get some photos done at the apartment before heading out to dinner. That night we went to Le Bistro des Augustins, where they specialize in amazing potatoes au gratin. We met up with Elizabeth and Danny there, who are seriously some of the funniest people I’ve ever met! We laughed and drank red wine and ate potatoes covered in cheese – it really doesn’t get much better than that.

The next few days we split our time between doing fashion-week related activities and seeing more of Paris. Interestingly enough, I didn’t visit many typical tourist attractions. I didn’t go into the Louvre, or the Sacre Coeur; I didn’t even go to the top of the Eiffel Tower. There’s not always much time when you’re working. I did, however, make time to walk around. When we weren’t in a hurry to get somewhere, I just walked. I walked back to our apartment from wherever we were instead of taking a cab. I walked to the local grocery store and back. I even walked at night in the rain.

One could reason that you might even see more of Paris that way. 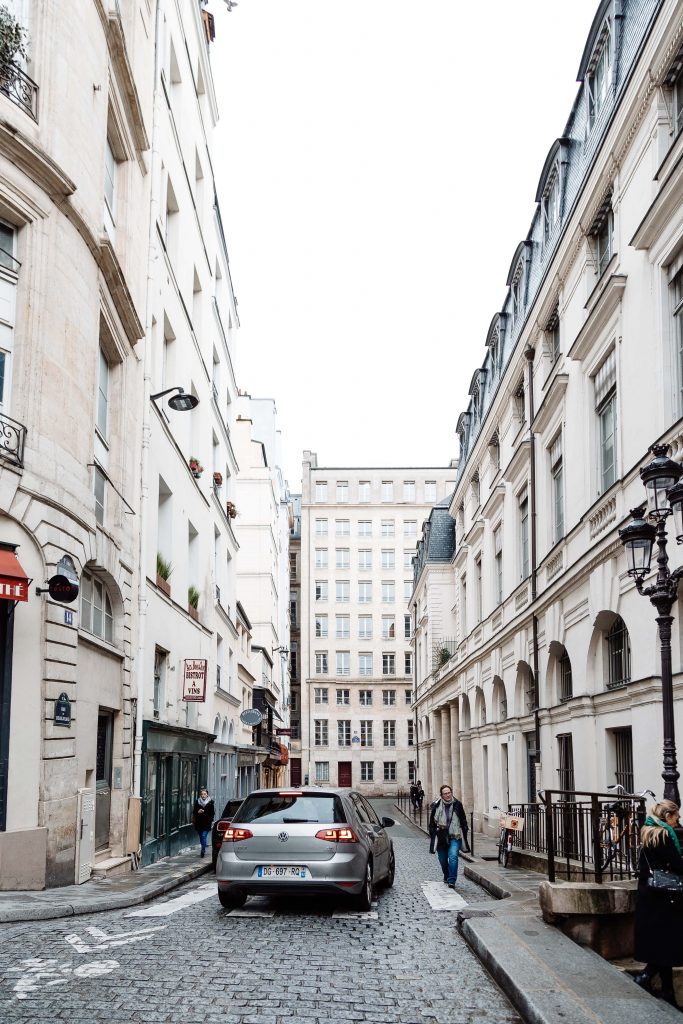 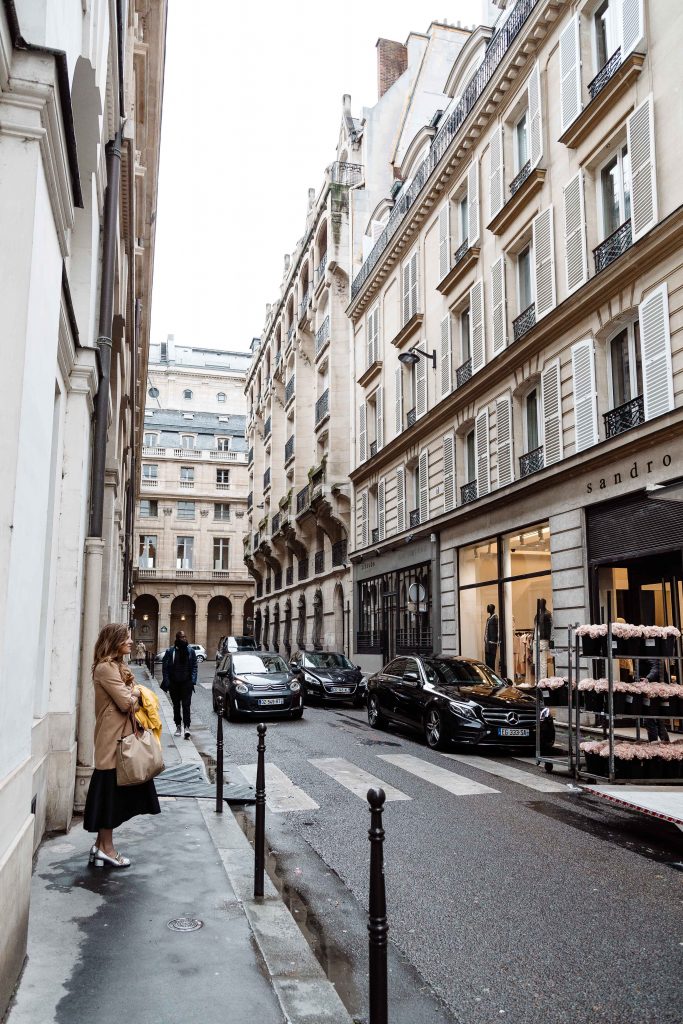 Either way, I loved my first time in Paris. My French was nowhere as good as I thought it was, I didn’t get to go to any museums, someone yelled at us in a restaurant, and each day was very unplanned and kind of all over the place. But we ate some incredible food, we drank delicious wine, and we met people and made memories we’ll never forget. I also shot outside of the Chloe show at my first fashion week and I couldn’t have been happier about it.

It was glorious. Paris is glorious. It’s weird to think of all the countless days spent dreaming, spent learning French and memorizing French songs, spent planning a trip that I sometimes thought would never happen. And in the end, it unfolded in the most unexpected way. But that’s life, and I wouldn’t have it any other way.

If you ever find yourself in Paris, my only advice is this: just be there. If you’re not able to make it into any museums or dine at any Michelin-starred restaurants, just grab a baguette, a little bit of cheese, a decent bottle of wine and head to a park. It’ll be enough 🙂