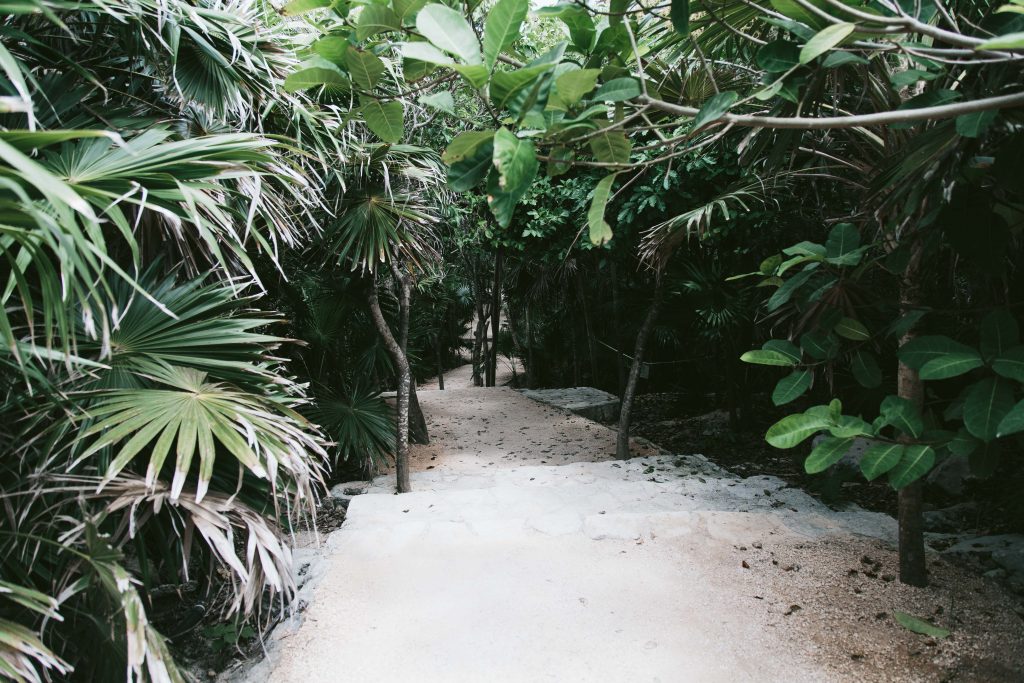 I arrived at the Tulum ruins after a morning of sleeping in and quite frankly, not planning very well at all. The previous day I had spent doing some very basic R&R; splitting time between my beach lounger and the bed in my hotel room because the intermittent rain showers were a good enough excuse to do nothing all day except read my book and drink margaritas. Truthfully, it was glorious.

I set no alarm for the following morning and instead decided to enjoy the natural rhythm of the day. Also, my room faced east and the sun definitely made sure that I knew it was time to get up.

Once I was awake, I took my time getting ready and packing up my things for the day before heading out for breakfast. I knew I wanted to visit the Tulum ruins, but I had no set plan or course of action. However, I was lucky enough to hitch a ride with the hotel’s chef! He was driving into town to pick up some fish and offered to drop me off at the ruins after hearing about my plan. I was happy to oblige and skip a cab fare. 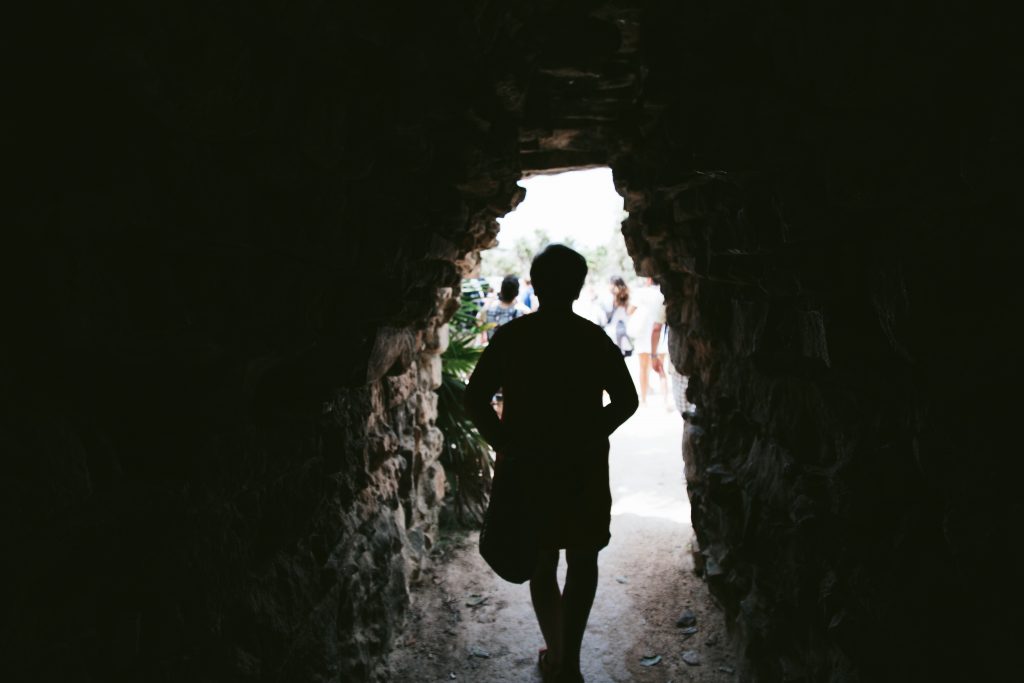 Once I was dropped off at the entrance, I was really excited to get inside, but I also realized just how unprepared I was.

Unpreparedness fact #1 – I arrived at the ruins and immediately bought a hat. It was HOT. I didn’t bring a hat with me, but I don’t particularly enjoy sunburns on my scalp, so I splurged for a hat and decided it was okay to look like a tourist for a day.

Unpreparedness fact #2 – I didn’t look at ticket or package prices beforehand and definitely got persuaded into buying a few things I didn’t need. If you get offered a “boat cruise” around the ruins, ask about the specific details before saying yes. I accidentally took a snorkeling tour and was NOT wearing a bathing suit. (I still jumped in though!)

Unpreparedness fact #3 – Since I took my sweet time getting ready and eating breakfast, I ended up at the ruins around 10am. BAD CALL. Like, really, truly, awful. I can deal with the heat, but I have a harder time dealing with people. I couldn’t walk two feet without seeing a selfie stick. People were literally forming lines so that they could take selfies at certain “iconic” viewpoints. I understand that taking photos is fun and a great memory to have of your trip, but some people definitely take it a bit too far. I’m obviously taking photos too, but I sincerely try my best to be as unobtrusive as possible. Pro tip: go early! 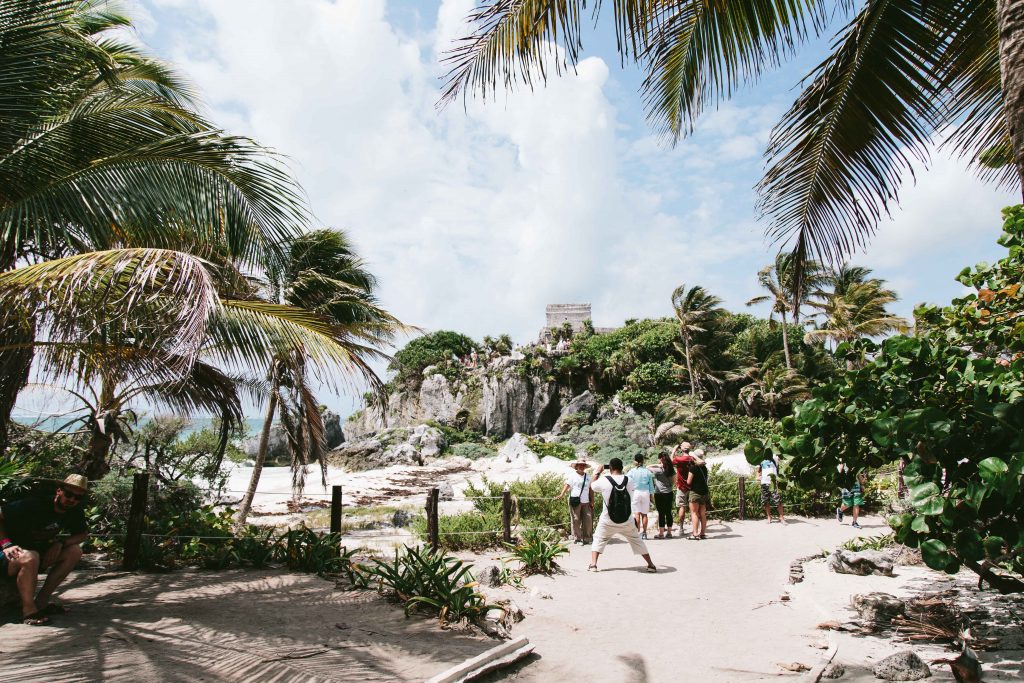 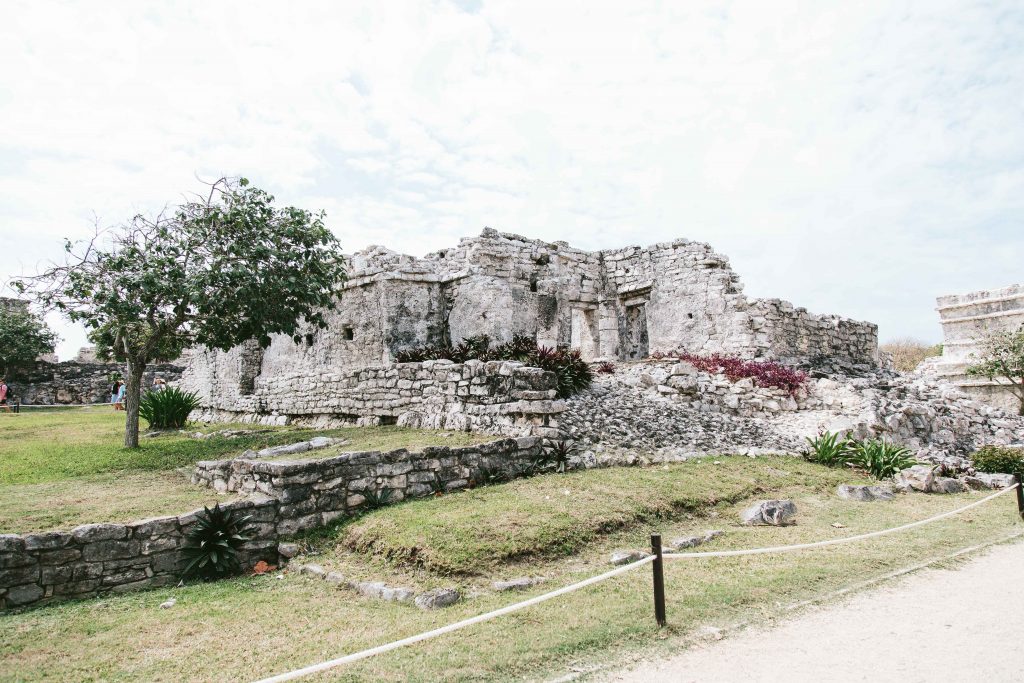 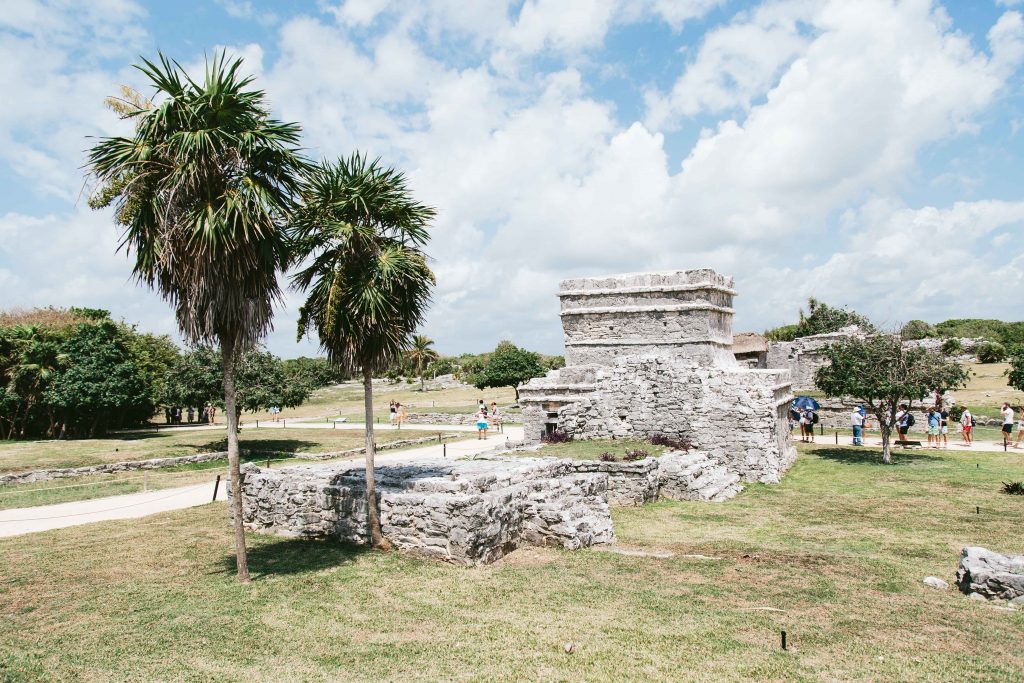 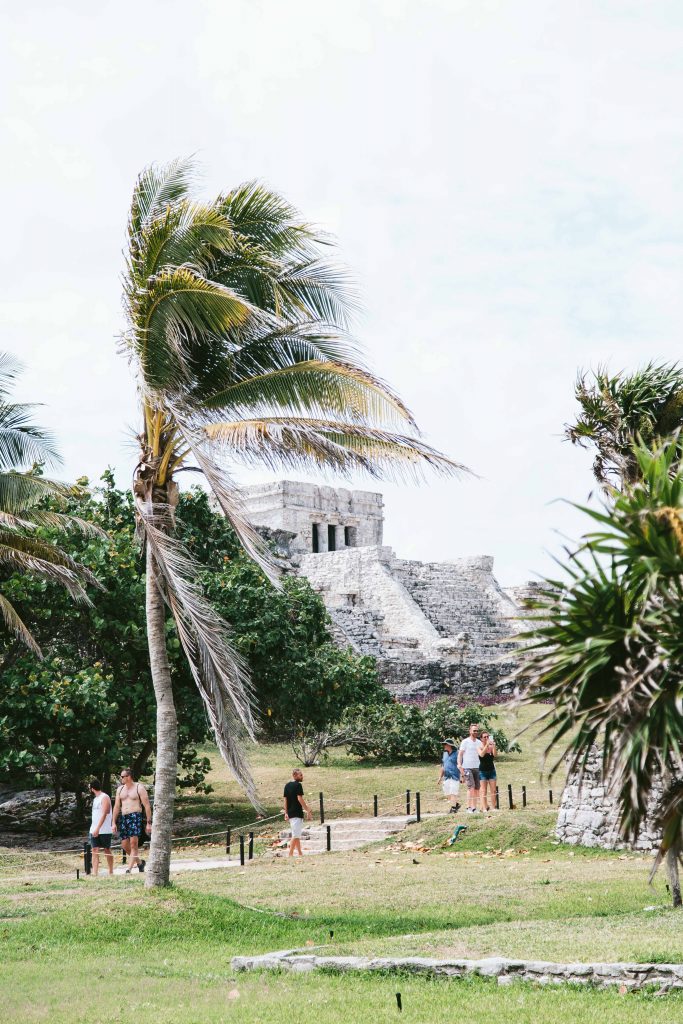 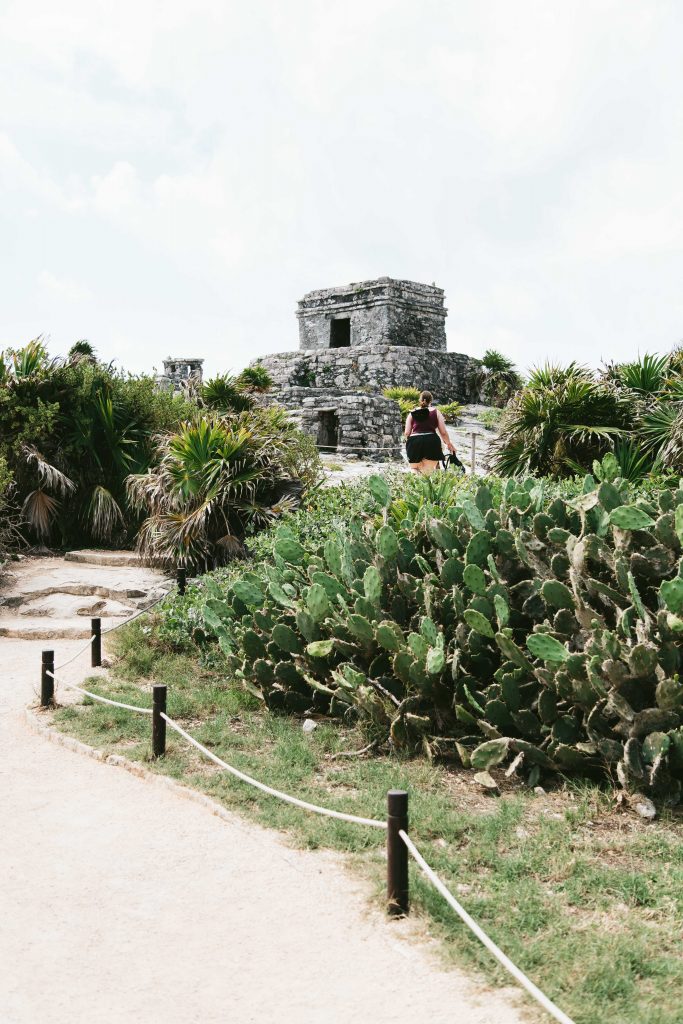 I managed to walk through some parts of the ruins relatively unbothered. The ruins close to the ocean and beach, however, were very crowded. Although the view was magnificent, I ended up not spending too much time there because of the crowds. 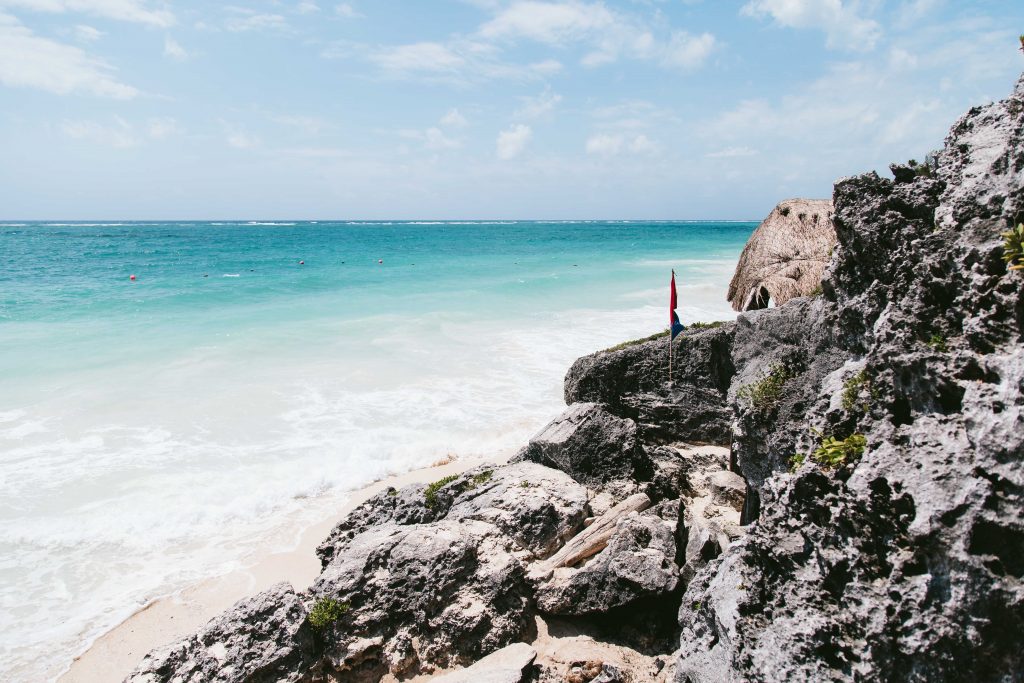 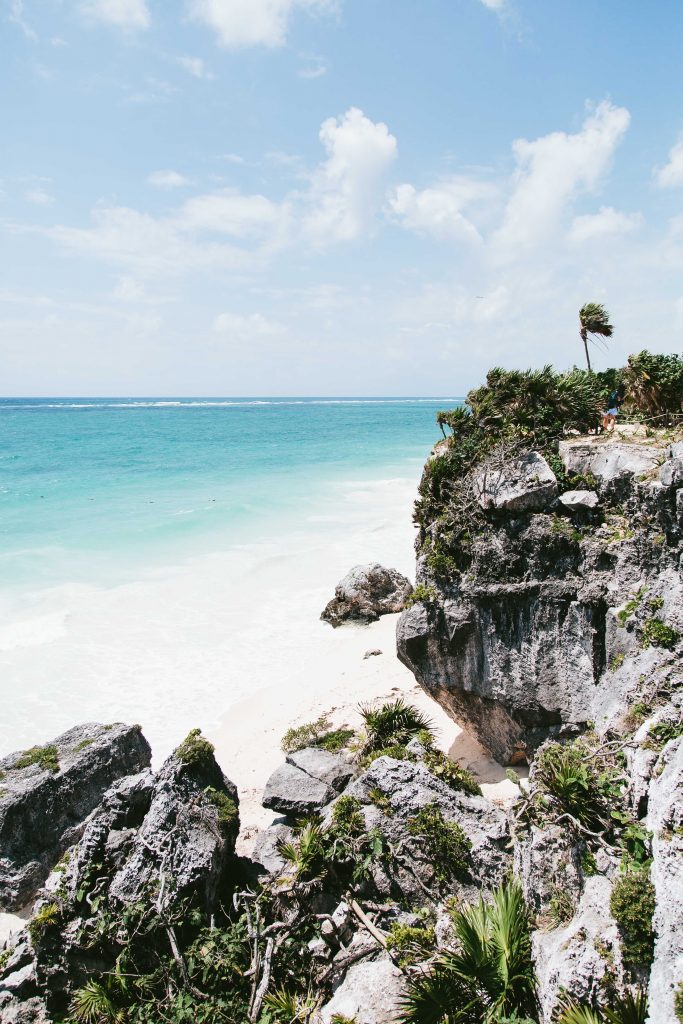 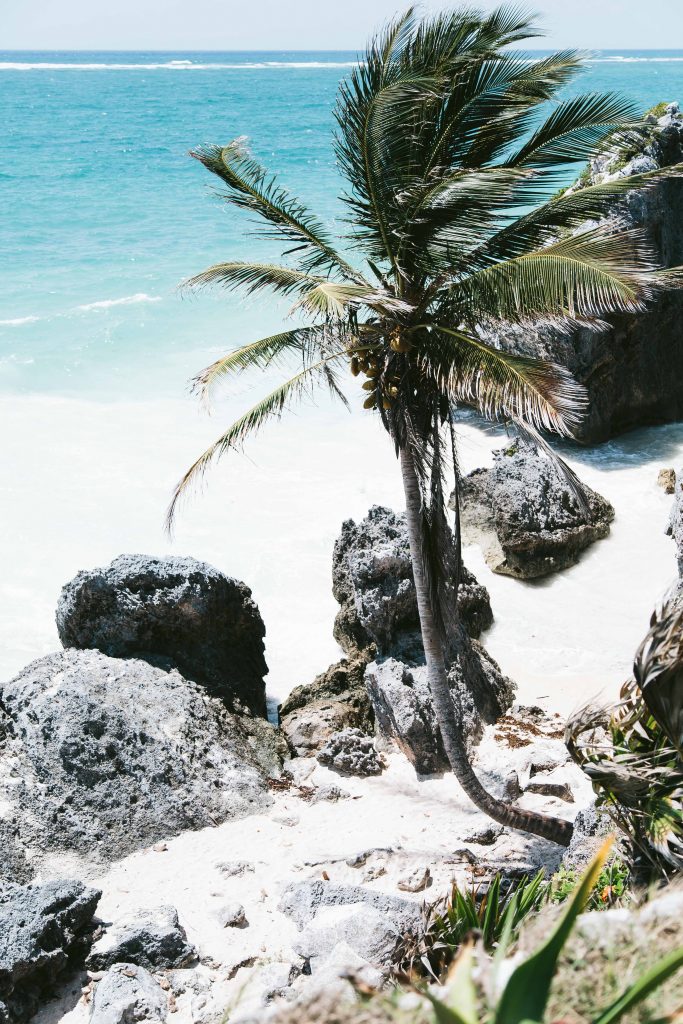 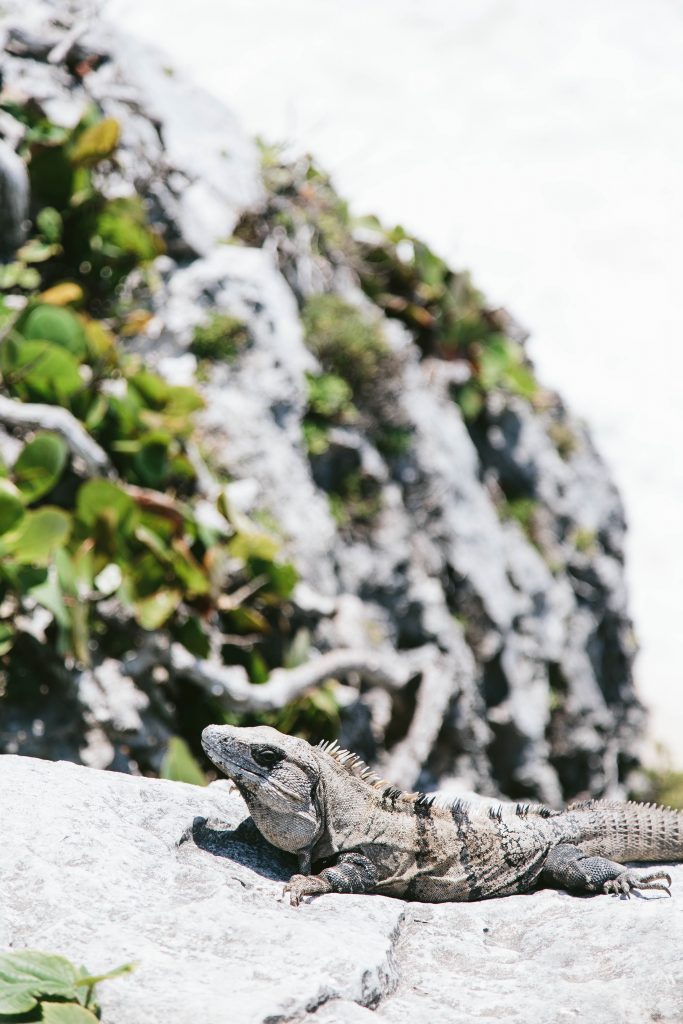 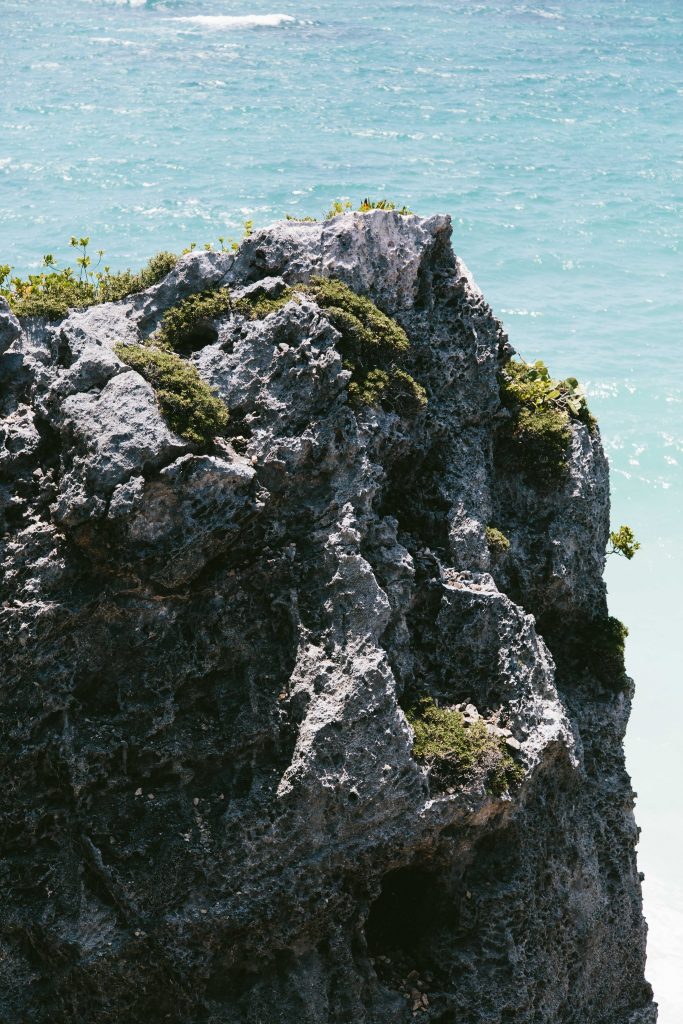 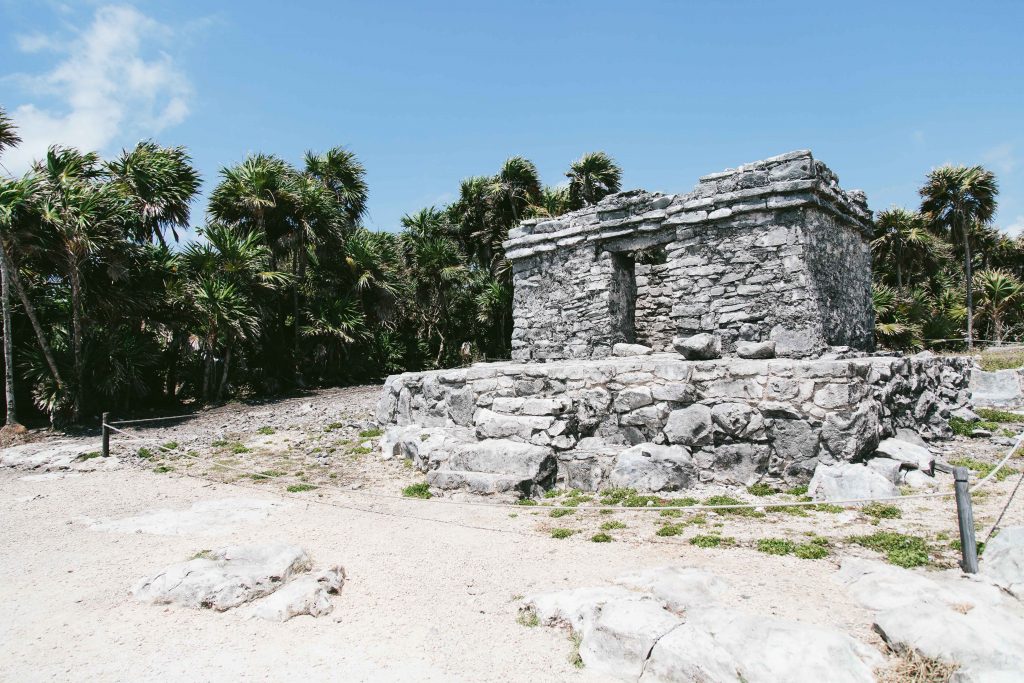 I wandered around for about an hour in total, since the beach next to the ruins was closed and I was unable to spend any time there. It looks beautiful from above, though!

My unpreparedness, sunburn, and selfie sticks aside, I still had a pretty nice time. It was incredible to see everything that the Mayans built so long ago and how so many of the structures are still intact.

Seeing the beach and the stunning view they had also made me wonder – if they thought Tulum was beautiful, too?