This week I decided to try something I’ve always found fascinating: light writing. It’s not exactly a new idea, but I’ve never spent a reasonable amount of time testing it out before and so decided to see where I could push it. Most of the first shots I tried were simple shapes: 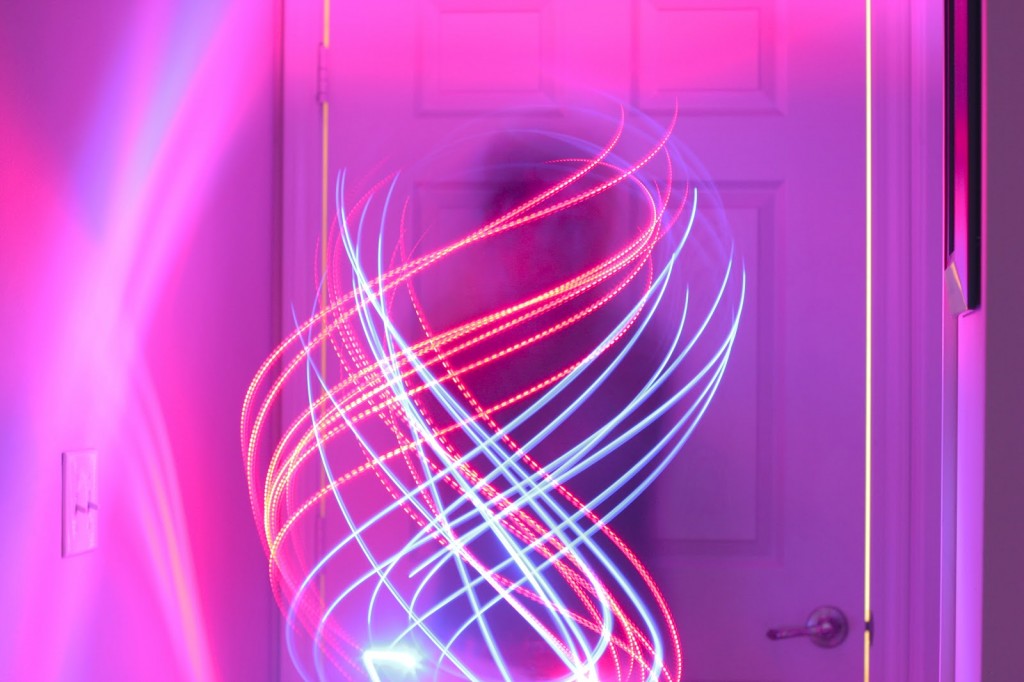 After having success with several of those, I tried incorporating the lights off-camera: 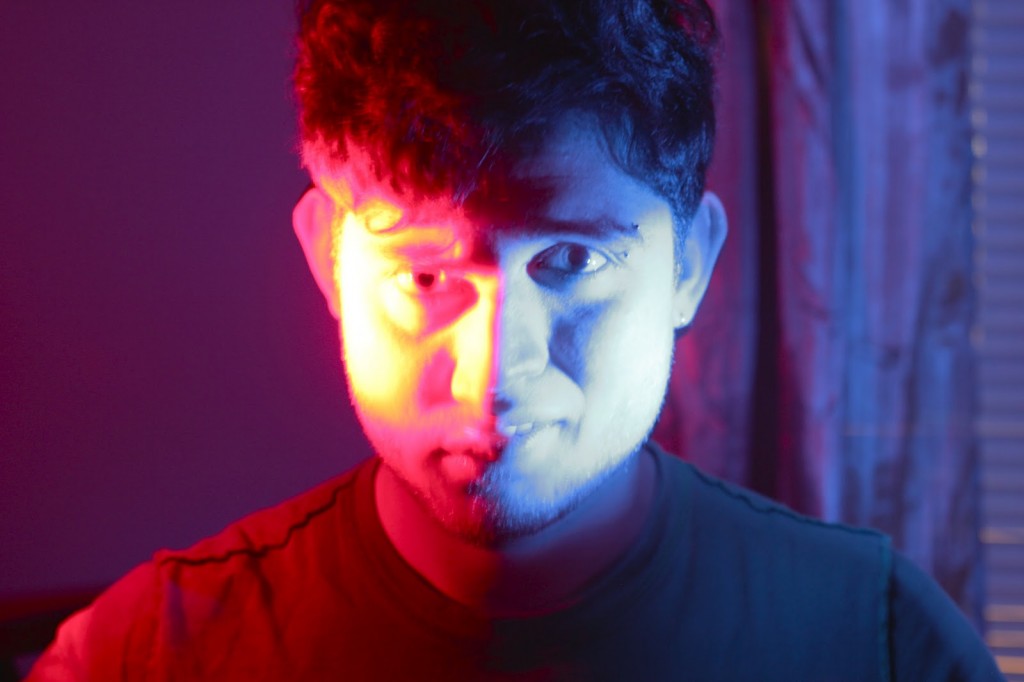 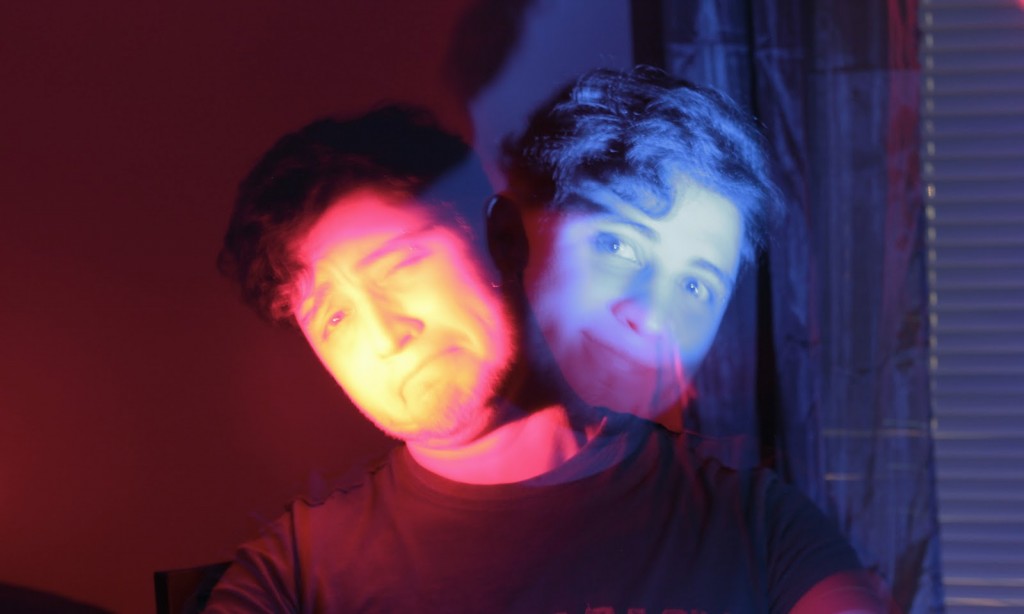 I feel as though these last two could have been more easily done in Photoshop by taking two different photos and splicing them together, but there’s something rewarding about finding a way to do it in-camera. The first photo was done by having only the blue light turned on, on the left side about one foot away from his face. For the second photo, he turned the blue light on first, made a happy face, and turned the light off. Then he turned the red light on for the angry face. Since his face moved slightly during the exposure time, the two halves are a little off, but the resulting photo has a creepier effect. The last image was done using the same concept, except this time he intentionally moved his head so as to create a “ghost” effect.

All you need to recreate any of the photos taken here are two LED lights, a camera that allows a custom exposure time, and a tripod! I bought the red and blue LED lights from Academy. You can purchase them in-store or online HERE for about $8. They come in a variety of colors and are small but extremely bright.

If you already own a DSLR, it should have a ‘bulb’ setting. This allows you to expose the photo for as long as you hold down the shutter button. Basically, this means that the camera will capture any movement that happens during exposure. This also means that a tripod or some form of stabilization is recommended. Even minute hand-held camera movement can change the resulting image drastically.

Good luck creating your own light images! And also, very special thanks to my awesome helper!