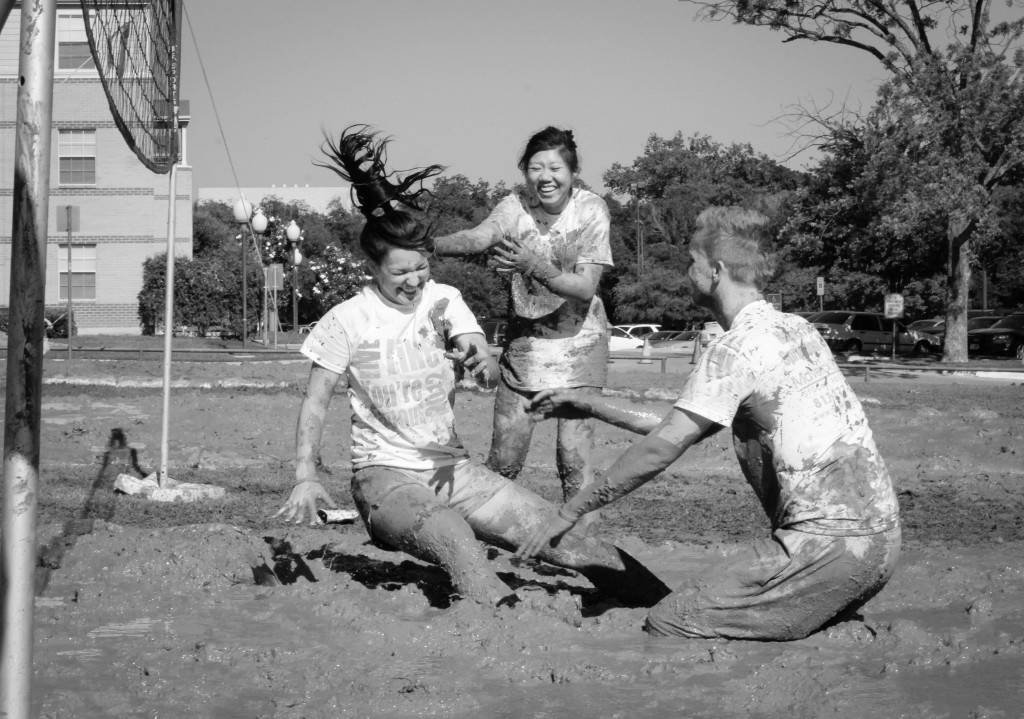 My school has this annual mud volleyball tournament they like to call ‘oozeball’. I’ve never participated in the past, but this year my friends put together a team and of course, I tagged along with my camera.

Surprisingly, it looked like a lot of fun! I’m not a big fan of getting dirty, but I’m fortunate enough to have some friends that are. They were caked with so much mud by the end of the tournament that it was difficult even to walk. I luckily managed to walk away with only a handful of muddy spots on my clothes. 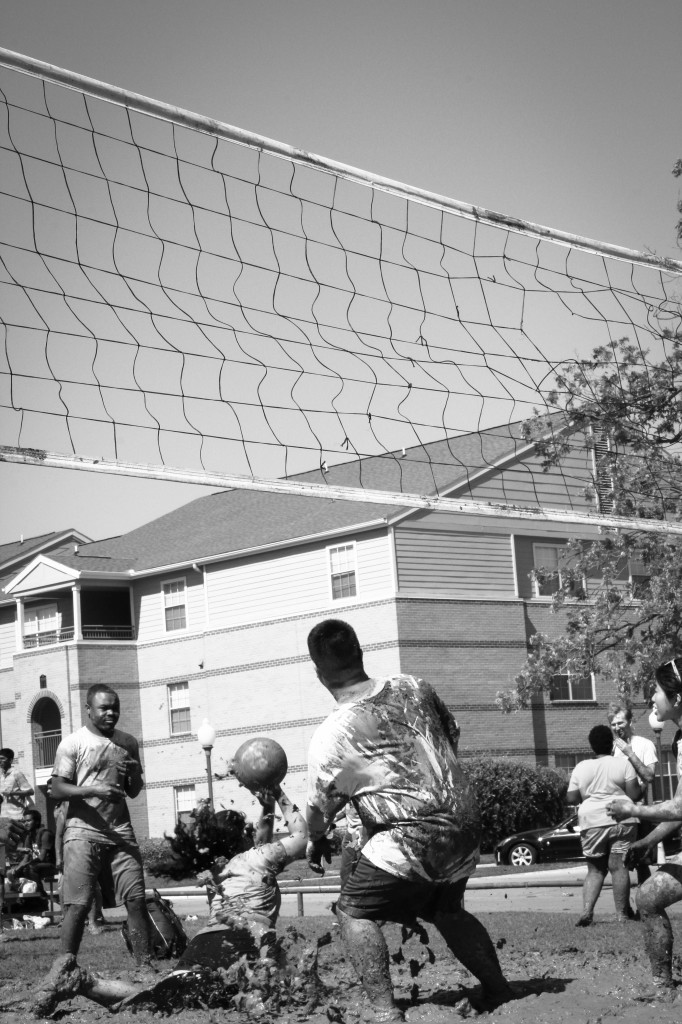 I definitely have to give it up to sports photographers, though. I haven’t gotten the opportunity to shoot much sports photography, but from my brief experience I can say it was much more difficult than I expected. The constant and rapid movement make it fairly hard to frame a shot. You almost have to be ‘one’ with the player in order to anticipate their next move. Keeping your eye on just the game or just the camera doesn’t cut it.

The lighting was also god-awful. As far as photography goes, I don’t think there’s anything I dislike more than shooting in high-noon sun. The direction of the light casts pretty ugly shadows on faces and is never really appealing in general. If you had the ability to use a reflector or move your subject around, it wouldn’t be such big deal; but as a photographer you’re really just a bystander who can’t change where they play the game. 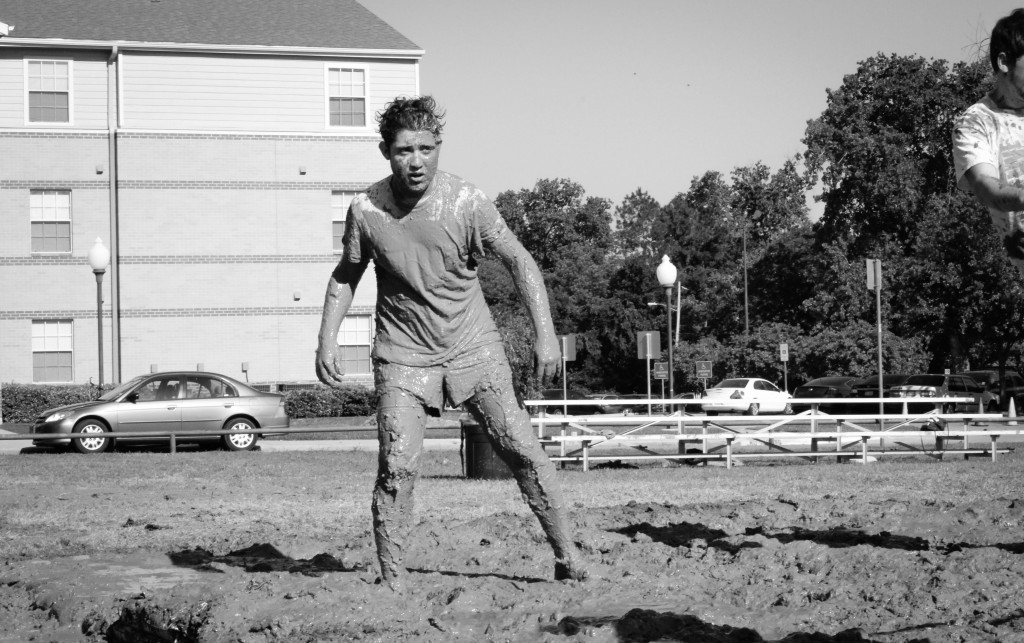 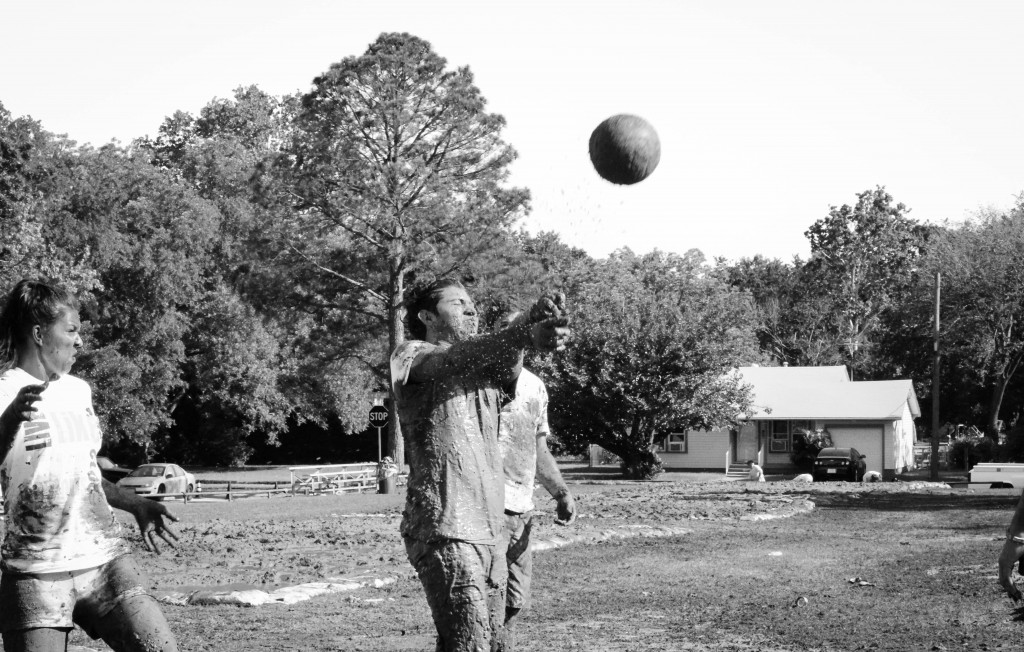 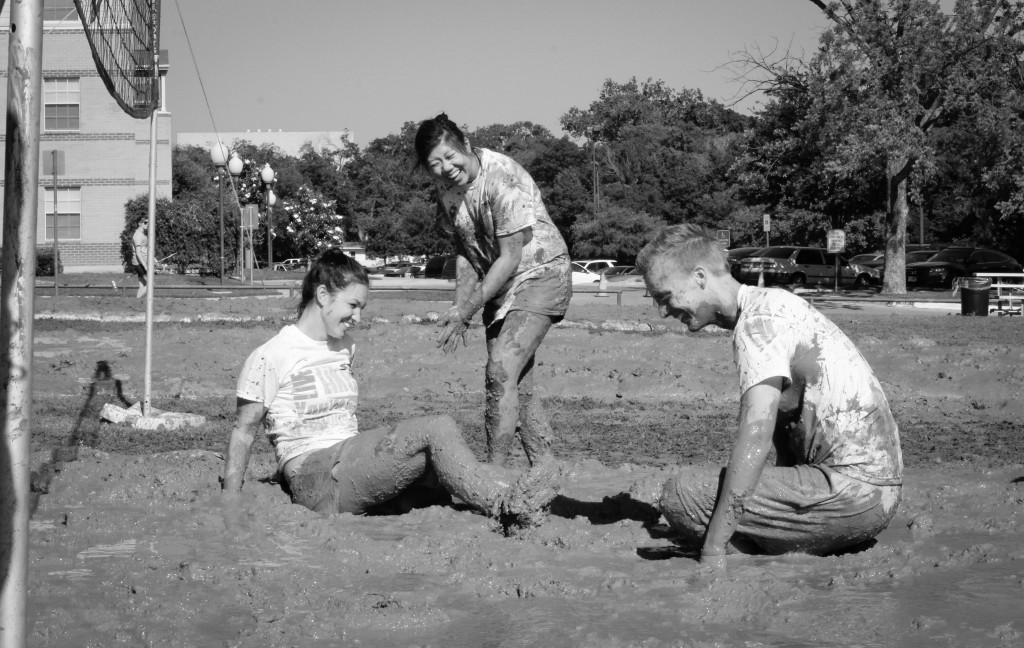 Last tip I might offer would be to bring along some sort of gear protection, depending on the situation. Volleyball on its own normally isn’t too messy, but add mud and suddenly you’re in the splash zone. Unfortunately, I didn’t take this into account and wasn’t able to get the really messy splash shots that probably would’ve been the best ones.

Oh well, I know for next time I shoot people rolling around in mud. It happens more often than you think.